The Beauty of an Indian Robin 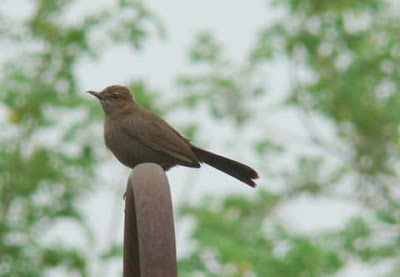 A Rainy Evening In Mhow

These two pics were clicked with my smartphone on Wednesday 27 June 2018.
It was  rainy evening and ideal for clicking. 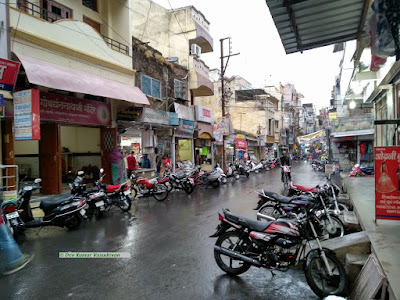 The Main Street of Mhow Bazaar, clicked from Methi Provisions (formerly where the Bata shop used to be) 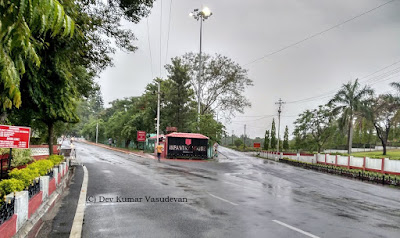 The Mall and Generals' Road going to the right. The triangular Ambedkar Garden (formerly the Prince of Wales Garden) in between.
Posted by Dev at 1:19 am No comments:

My Los Angeles based  friend Manisha, who belongs to Mhow and Indore, has just created a blog. It is called Manisha From Mhow  The first post is a very interesting one titled: Itwaari “Haat” – Los Angeles style! Sunday Farmers Market at Hollywood

Memories of Denis Compton in Mhow and Indore 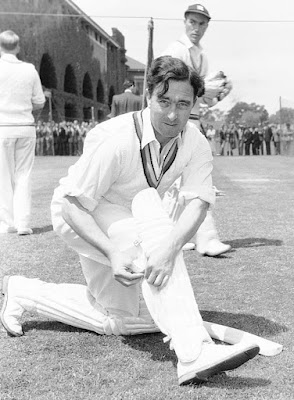 The great English cricketer Denis Compton was posted at the Officers' Training School, OTS, Mhow as a PT instructor during the World War II  years. As he was eligible to play in the Ranji Trophy for the Holkar team of Indore the Army would give him leave so he could play.

He was a member of the Holkar team which played against Bombay in the 1945 Ranji Trophy final. Denis had scored 20 and 249 not out in this match but the Holkar team lost this high scoring match. Denis still holds the record for the highest fourth innings score in the Ranji Trophy.
The Bombay team included a Parsi player named Rustom Sorabji Cooper who had scored 52 and 104 in that final - a match which Bombay won by 374 runs.

In 2012 Nick Compton, the grandson of Denis, had visited India as part of  the England team. He met Rustom Sorabji Cooper in Mumbai (formerly Bombay) who shared with him his interaction with Denis and how they had played with and against each other. Click here and read this nostalgia invoking article by Derek Abraham published in DNA Nov 1, 2012.

If I remember correctly Nick had played one match against the Cricket Club of India which had Abbas Ali as a player. Abbas Ali is the grandson of the late Syed Mushtaq Ali who played Test cricket for India from 1934 to 1952 and was known as the Errol Flynn of Indian cricket. Mushtaq Ali and Denis Compton played together in the Ranji Trophy as members of the Holkar team. 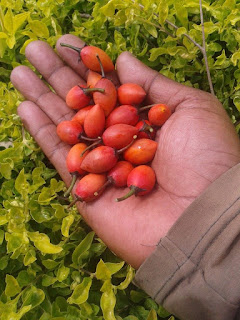 The fruit of the Maulsari clicked on 18 April 2015.
According to Pradip Krishen these are the uses of this tree: Ittar (perfume) from the flowers, the leaves for treating headaches and sore eyes, a decoction of the bark to treat diarrhoea, fevers and gum infections. the unripe fruit to fix loose teeth, the crushed seeds to cure constipation, the seed oil is used in cooking and as a luminant fuel, the reddish heartwood is hard, strong, close grained, and durable and is used for bridge-building, boats, mine props and heavy construction. Impressive list of uses I must say!!!! 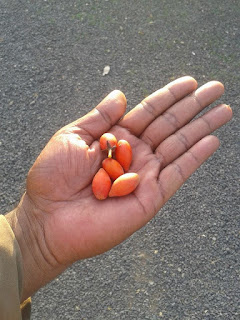 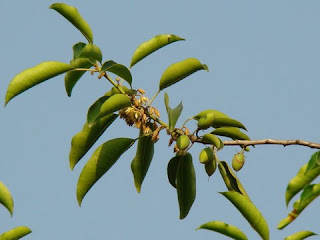 The unripe fruit on the Maulsari tree clicked on 5 December 2010. 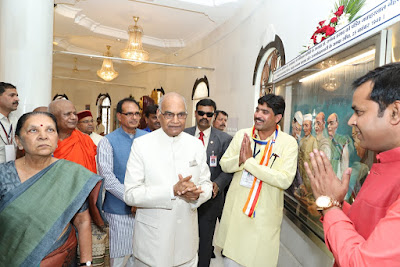 President of India Shri Ram Nath Kovind made a brief visit to Mhow on 14th April 2018 to pay tribute to Dr B R Ambedkar at his birthplace in Mhow. He visited the Ambedkar Birth Memorial in the Kali Paltan area of Infantry School Mhow. After that he addressed a public gathering on the grounds of Bungalow 88 which was followed by a lunch in the Swarg Mandir premises. He flew to Mhow from Indore and returned to Indore by an IAF helicopter.

According to the Economic Times of 16 April 2018 President Kovind while addressing the gathering said: “Dr Ambedkar emphasised the values of non-violence and compassion in public life. He fought for the welfare of weaker sections of society but his path remained non-violent — stressing on consensus through dialogue. He believed that this was our country, for all of us, and that whatever needed to be done to bring justice to the weaker sections of society could be achieved by adhering to social harmony. In his final speech in the Constituent Assembly, Dr Ambedkar said now that we have constitutional methods of expressing opposition, we should avoid disruptive mechanisms,”

Click here to read the article on the Presidential visit in Central Chronicle.

Click here to read the article on the Presidential visit in Daily Democrat Press. 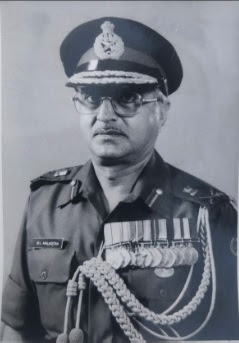 15 April 2018, Sunday: A condolence meeting was held at the Signals Vihar Community Hall in Mhow to pay tribute to the late Lt. Gen S.L. Malhotra, PVSM, AVSM (Retd.) who had passed away recently. Many eminent Army officers paid rich tributes to the departed General officer and spoke about his greatness as a military commander and as a noble human being who cared for his subordinates and colleagues.
Among those who paid tribute to him included Lt Gen Rajiv Chopra the Commandant of the Infantry School Mhow and Colonel Commandant of the Madras Regiment, previous Commandant of the Army War College Lt Gen Vijay Madan (Retd) and former Commandant of the Infantry School Mhow Lt Gen Sher Amir Singh (Retd). Besides them the regimental colleagues of Lt Gen Malhotra including Lt Gen MM Walia (Retd), Brig D K Rastogi (Retd), Brig Avtar Singh (Retd) also paid rich tributes to their former Commanding Officer. The Chairman of the Signals Vihar Cooperative Housing Society (where he built his house and settled after retirement) Col P C Ohri (Retd) also paid tributes to him. His daughter Ms Sadhna Pasricha and his grandson Chirag Malhotra also spoke about their father and grandfather respectively and shared with us a very human portrait of Gen Malhotra. The function was conducted with elegance by his grandaughter Anisha Malhotra Singh.
===================
The professional and career details of Lt Gen S L Malhotra, PVSM, AVSM (Retd) are as follows. Thanks to the Malhotra family for providing these details.
Lt Gen S L Malhotra was commissioned in the 4th Battalion of the Madras Regiment (Wallajahbad Light Infantry) June 1950. In his illustrious career of 36 years he had the honour of commanding his battalion in erstwhile East Pakistan during the Bangladesh Liberation War in December 1971. The Battalion performed exceedingly well during the war and many personnel were awarded for bravery.

After commanding a Brigade and a Division he became the Commandant of the Infantry School Mhow. He was the founding father of the Army Marksmanship Unit at Mhow, which has won a large number of medals for India in international competitions including the Olympics, Asian Games and Commonwealth Games. He was the Colonel of the Madras Regiment and was awarded the AVSM in 1979 and the PVSM in 1983.

He was serving as the Director General NCC at the time of his retirement in 1986. As DG NCC he was one of the pioneers for launching the Microlight flying program in India and he was instrumental in starting the NCC World Youth Exchange Programme with several countries.He was also the Colonel of the Madras Regiment.
After retiring from the Army he served as Dy. Managing Director of TATA Exports and was on the Board of Directors of TATA International. He was the Chairman of the Leather Council of India for 5 years and also served as an advisor to the Punjab Government on Leather Exports.

Dev
I live in Mhow - a small cantonment town (as Army garrison towns in India are known)in Central India. My father settled here after retiring from the Indian Army. He had served from 1943 to 1980. I have spent my childhood in Shillong(Assam), Mavelikara (Kerala), Delhi, Mhow (MP), Alwar (Rajasthan), Shillong (Meghalaya) and Mhow (MP) - in that order. I have worked as a software programmer from 1985 to 1989. Am working with children now and am also a freelance writer. Interests include films, books, music, blogging, cycling, nature walks.